Several years ago while visiting Nova Scotia, Sonia and I came across a restaurant called Boston Pizza. While I had heard of the usual geographic pizza styles, New York, Chicago, Detroit, New Haven, and St. Louis, this was the first time I had seen Boston and pizza used together in a way to suggest Boston-style pizza. We didn’t try Boston Pizza that day, but the thought of a Boston-style pizza remained in my head. A few weeks ago, Sonia and I spent a few days in Boston, which finally gave me the chance to better understand what Boston pizza meant.

While we didn’t get to try as many places as I would have liked, we did get to taste two of Boston’s premier pizza places – Ernesto’s and Regina Pizzeria. While both were good, Sonia and I did have a clear favorite, but to be completely transparent, we didn’t order the same thing from both places, so that may have impacted the decision.

Our first stop for pizza on the trip was Ernesto’s, which is famous for its variety in slices as well as their size. Each slice is a quarter of a pizza, but they do cut the slice in half before serving it to you. Depending on the slice, the price will run between $6 – $8. For this stop, Sonia ordered a cheese slice, while I had a pepperoni and sausage slice.

While the slices lived up to the hype on their size, I’m wondering if we should have eaten them there rather than taking them back to our hotel room. By the time we got them to the hotel (which was less than a 10-minute walk away), the tips of the slices had gotten soggy and the cheese was starting to congeal. Other than the soggy tip, the rest of the pizza was too crunchy, and the toppings were not as flavorful as we were expecting. It’s hard to say if the transport time had an impact, but these slices did not live up to our expectations. With all of the great reviews, I’m not closing the door on Ernesto’s just yet. Next time though, I think we’ll eat there.

We first came across Regina’s while eating at Quincy Market, and I was tempted to get a slice there based on the praises I could hear from the crowd of people waiting in line. We opted for lobster instead though. When we finally made the decision to try it, we opted for the original location in the North End. Since I didn’t see slices on the menu, we ordered a 10″ Giambotta (pepperoni, sausage, salami, mushrooms, onions, green peppers, basil, and mozzarella cheese).

As with the slice from Ernesto’s, we brought our order back to the hotel rather than eat there. However, here the transport time didn’t seem to have an impact. The pizza was still hot with a nice cheesy pull as we grabbed our slices. The toppings were abundant, fresh, and delicious, while the crust had the perfect crunchy base with a nice doughy chew. From the first bite until the last, my only regret was not ordering the 16″.

From this trip, it was clear that the better pizza that week was Regina’s. It had the flavors, the cheesiness, and perfect crust that we look for when we want pizza. I do think we will try Ernesto’s again when we go back to Boston, but we will eat there. All the great reviews mean we missed out on something. 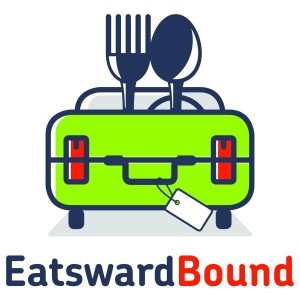 “C” is for Cookie Monstah that’s Good Enough for Me

The Pastries are All Bright – Brightside Bakeshop (Nashville, TN)

One thought on “Boston Pizza Battle – Ernesto’s vs. Regina Pizzeria”